Butt of Lewis
A Sooty Shearwater and two House Martins were there late afternoon.

Valtos, Isle of Lewis
19 Black-throated Divers were offshore from Traigh na Beirigh. A single House Martin was also in the area

23 Black-tailed Godwits were on Askernish machair in the mist early afternoon. A rather sad looking Fulmar was just a few yards offshore, not how I normally see them on the patch 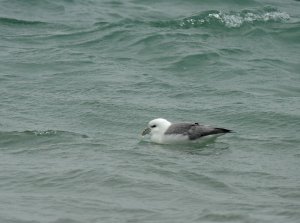