The Osprey is still looking to be at home on Loch Druidibeg. 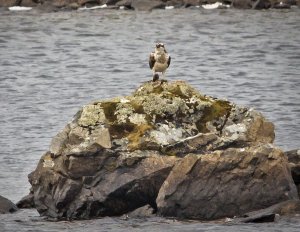 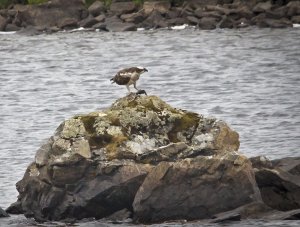 Of 128 auks that flew N off Rubha nan Caorach (Scolpaig, North Uist) in one hour in the late morning most appeared to have been Razorbills with just a few Guillemots.

Single Guillemot in this small flock (the bird with dark marks on underwing).

A Rose-coloured Starling was in perfect photographic pose on a post (I had not taken my camera) when I walked past a Carinish garden, North Uist this afternoon. Hopefully it will reappear later in the township. At least 50 occurred in Scotland during last years influx with at least 15 in the Outer Hebrides (see Scottish Birds 39: 173-178).

For a couple of weeks there has been a small roost of Starlings in our garden so I checked after 21.30 hours and the Rose-coloured flew in with a small group. Difficult to obtain a clear photo amongst the foliage. 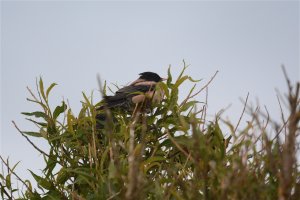 On Barra today, the male Whinchat was still at Brevig. Nearby the Grey Wagtail, 2 Siskins and a Spotted Flycatcher were at Creachan and another Spotted Fly was still at Ardmhor. 3 more Siskins were at Glen. There are very good numbers of Common Whitethroats on the island this year. In 2017 and 2018 there were 12 territories but this year there are at least 20. 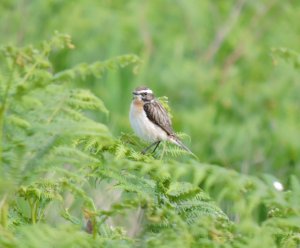 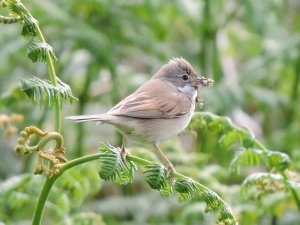 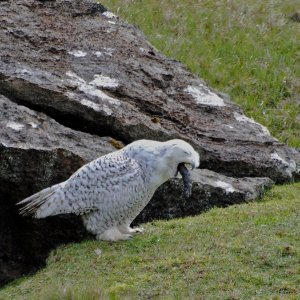 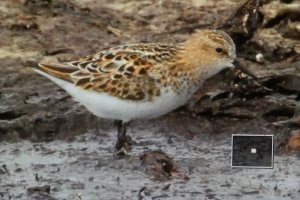