Loch Ordais, Isle of Lewis
A Pink-footed Goose, Gadwall and 3 Goldeneye were there today

Gress Beach, Isle of Lewis
A juvenile Glaucous Gull flew south along the coast and 4 Velvet Scoters were seen offshore

Stornoway, Isle of Lewis
3 juvenile Iceland Gulls were in the harbour area this morning. An adult was there later in the afternoon

Small but ever increasing numbers of Barnacle Geese have been overwintering on South Uist in the past few years not only on Kilaulay machair but also in the Boisdale / Kilbride area. Today, the number there had grown to 68.
At least one Fieldfare is still here in Askernish 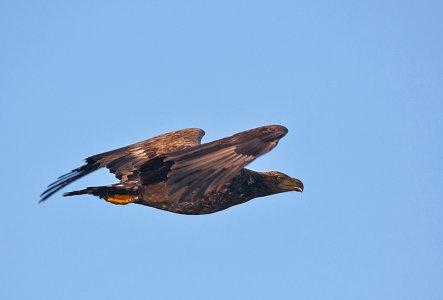