Loch Ordais, Isle of Lewis
The juvenile ***Semipalmated Sandpiper*** was again seen on the beach

Baleshare, North Uist
A ***Baird's Sandpiper*** was at the north-west end of Lag Gorm this morning. The two *Buff-breasted Sandpipers* and a Lapland Bunting were also there

Eochar, South Uist
A Curlew Sandpiper was on the mud flats by Hebridean Jewellery this morning and three were there in the evening

North Boisdale, South Uist
A Whimbrel and four Black-tailed Godwits were on the machair 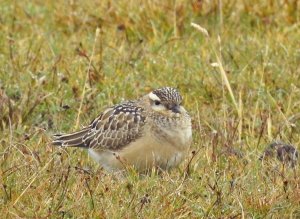 I saw some Swallows at the entrance of Loch Druidibeg.
B

The 2 Blue-winged Teals reappeared at Eoligarry today after 2 days' absence. A first winter Med Gull was nearby this morning and 9 Pale-bellied Brent Geese were at Traigh Mhor. 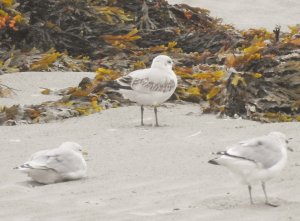 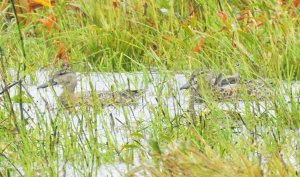