Loch Stiapabhat, Isle of Lewis
The Quail was again heard singing behind the hide. A male Ruff was also present
B

Barra.
The Bonaparte's Gull was at Cleat again as the tide came up this evening. This bird seems to feed over the sea between here and Traigh Eais, dropping in to Traigh Mhor from time to time. 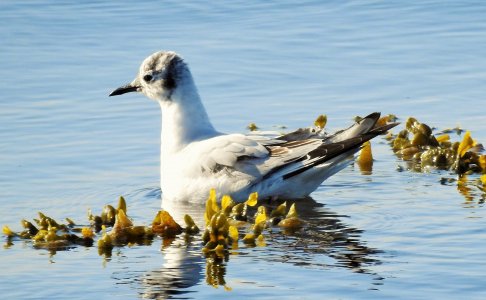 Loch Bee: Things fairly quiet, even the Mute Swans count was down to c220 birds, of the 30 species seen nothing was particularly unusual or unexpected, though three Black-tailed Godwits in the south-west corner were notable.

South Ford: Caught the South Ford on quite a high tide although it was falling by the time we surveyed it but it was much quieter than usual. A couple of sizeable groups of gulls were roosting up, c70 Black-headed Gulls and 30+ Common Gulls, very few waders.

In between surveying Loch Bee and South Ford we had our customary break at Ardivachar where I was able to see a few Manx Shearwaters out at sea. Passing North Bay there were a few Sanderling, looking lovely in their summer plumage (that's more than can be said for me - I was still almost in full winter plumage - thick jumper, fleece, gloves but no hat). 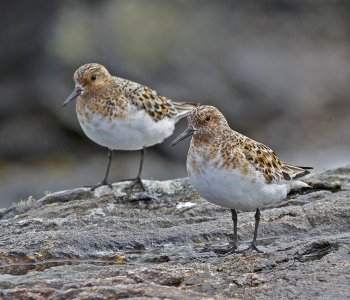