Loch Stiapabhat, Isle of lewis
11 Lapland Buntings were seen around the sheep throughs and a pair of Pintail, a male Goosander and a Scaup were on the loch. A *Spoonbill* which was first seen at roost below the lighthouse at the Butt of Lewis was also seen later on the loch. This is the first bird to occur in April and only the third record for Lewis, the others being in 1917 and 1971. A 2CY Iceland Gull was also around the loch and a 2CY Glaucous Gull was seen at the Butt of Lewis.

Loch an Tiumpan
The *Snow Goose* was seen there again this morning and again in the afternoon. Eight Pink-feet were also present

Loch Branahuie, Isle of Lewis
A 2CY Iceland Gull and 51 Long-tailed Duck were seen there today

Bayhead, Stornoway, Isle of Lewis
A Grey Wagtail was under the footbridge by the Hub Cafe

Meavaig, Isle of Harris
A Common Sandpiper was there today

Aird an Runair, South Uist
An Iceland Gull was there today and five Manx Shearwaters passed offshore. 5 Swallows and 35 Sand Martins were also in the area

Stinky Bay, Benbecula
A juvenile Glaucous Gull was there and a Common Tern was nearby on Loch Mor. Five Sand Martins were at Loch na Meallaird

Clachan, South Uist
The Little Egret was again at the north end of Loch Bee this morning

Eochar machair, South Uist
10 Whimbrel were there and 140+ Black-tailed Godwits were on the pools by Launch area 2 as were three Sand Martins 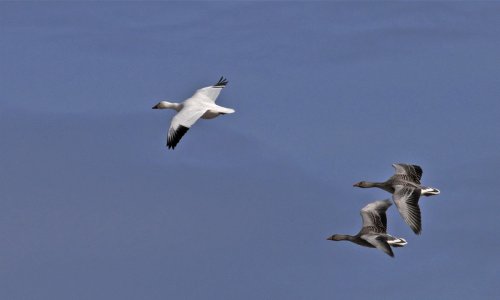 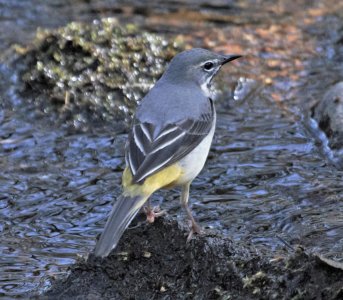 Barra.
A Blue Tit was a nice surprise at Cuithir this morning. Although Barra missed out on last autumns influx it was pleasing to get one on return passage. A Siskin was at Brevig, Blackcap at Eoligarry, 2 White Wagtails and a Black-tailed Godwit at Caolas and Ian had a House Martin at Craigston. 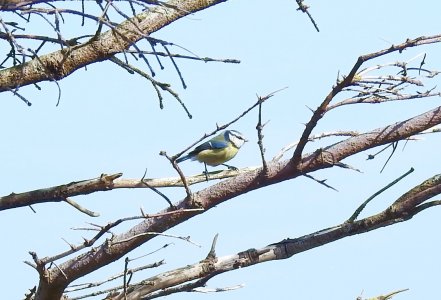