Baleshare, North Uist
Two Pink-footed Geese were on the island
B

My first day back on Barra after 3 weeks away. The Ring-necked Duck was still hanging out with 6 Tufties on Loch Tangasdale, 25 Snow Buntings were on the beach at Eoligarry and the 2 Tree Sparrows appeared outside my kitchen window as soon as I topped up the feeders!

Bruce said:
My first day back on Barra after 3 weeks away. The Ring-necked Duck was still hanging out with 6 Tufties on Loch Tangasdale, 25 Snow Buntings were on the beach at Eoligarry and the 2 Tree Sparrows appeared outside my kitchen window as soon as I topped up the feeders!
Click to expand...

Welcome back @Bruce we've missed your news from Barra!
Hebridean Imaging
B

Thanks Yvonne. It's good to be back!

Wow, it doesn't seem like 5 minutes since New Years birding last January. Anyway @MisterT and I wrapped up and headed out today covering the local patch first - it was very quiet - all the small birds keeping their heads down in the blustery weather. There were quite good numbers of Lapwing and Golden Plover on the machair / golf course, a Reed Bunting put in an appearance along with 3 Redwings in the shelter of the cattle pen. Out at sea there were a couple of Gannets but no divers present. Near Loch Hallan 8 Greenland White-fronts were seen briefly and on the loch itself were 2 Whooper Swans along with the usual duck - Tufted, Wigeon and Mallard (but no Teal seen there today). A White-tailed Eagle (photo below) was doing a flyby and putting everything in sight up.

We followed the machair and coast southwards and saw 4 Song Thrush and a single Pink-footed Goose in amongst the Greylags at Kilpheder machair. At the shore at Kilpheder there were plenty of waders including Bar-tailed Godwits, Curlew, Sanderling, Ringed Plover, Redshank, Turnstone and 2 Purple Sandpipers. A Great Northern Diver was offshore.

Near Orasay where there was a lot of weed/kelp washed up I estimated there to be c700 Starlings feeding! Snipe and Hooded Crow were added to the day list there too, as was Otter There was a small flock of around 100 Twite accompanied by a couple of Skylark and c30 Goldfinch on the machair there.

Near the Pollachar Inn we found Black-headed Gulls and a Kestrel plus another c350 Starling feeding in amongst the tangle.

We ended the day on 50 species which considering the poor conditions we didn't think was too bad. Sadly the weather is forecast to be even worse tomorrow

I have done a separate write up for Patchwork Challenge 2020 which had a slow start for me today. 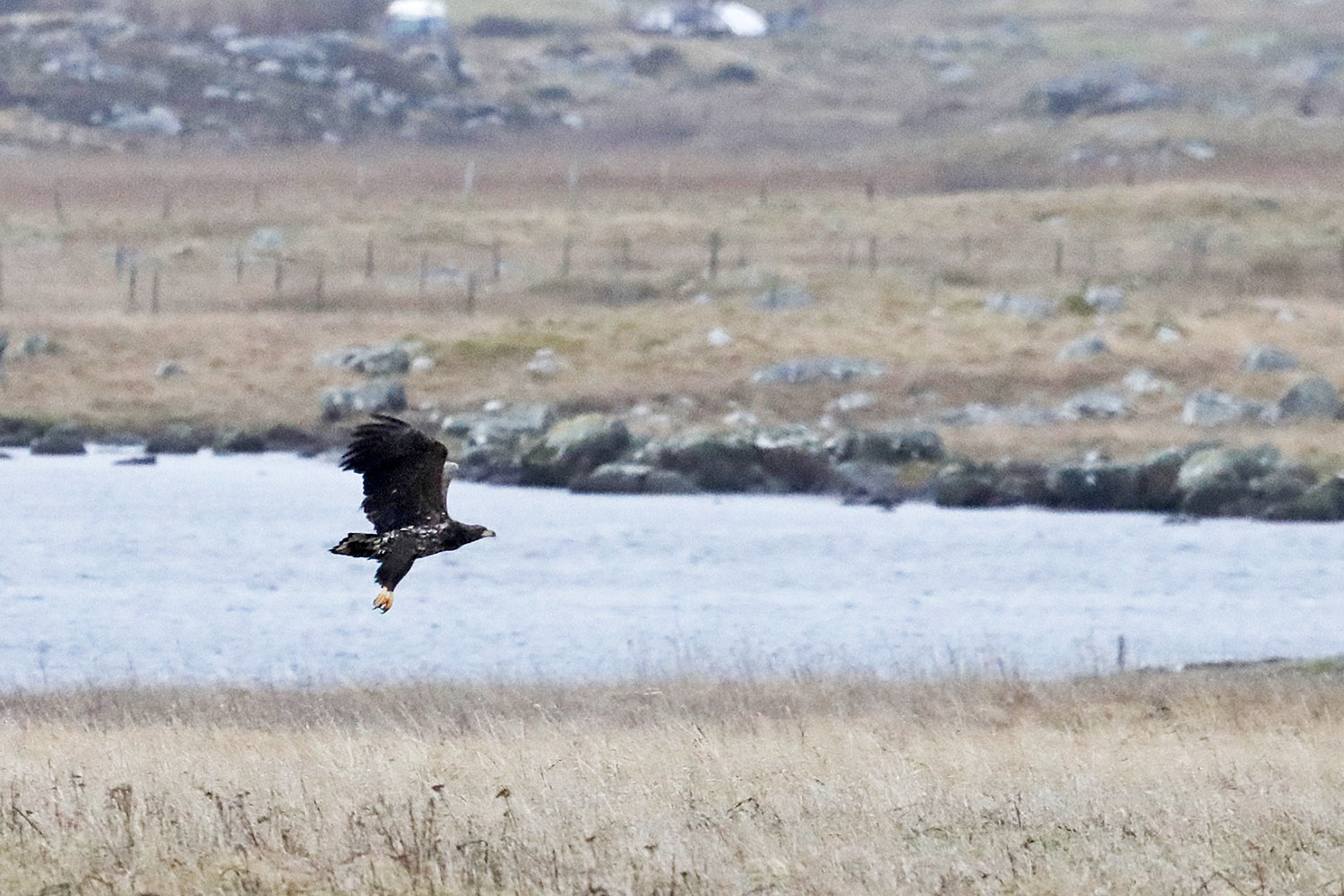 The size of the feet never cease to amaze me! 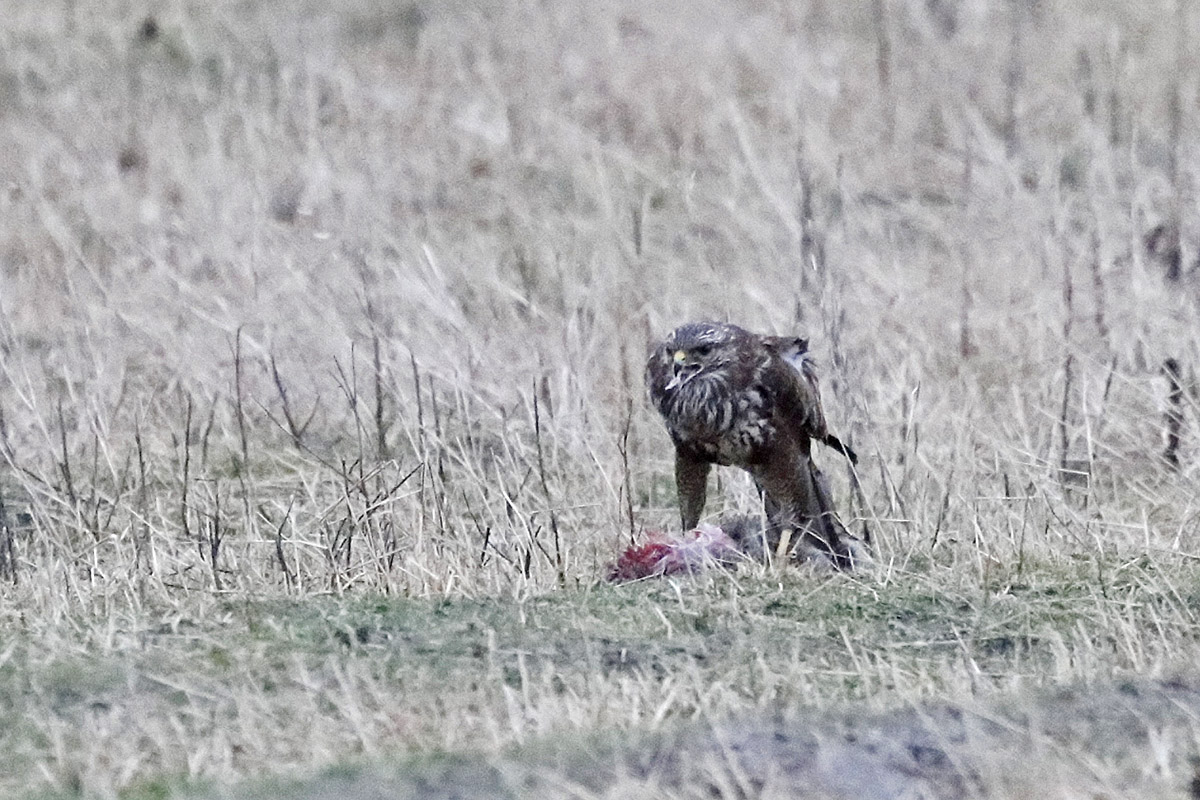 I think this Buzzard was feeding on rabbit. 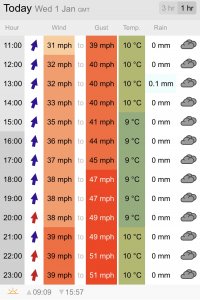 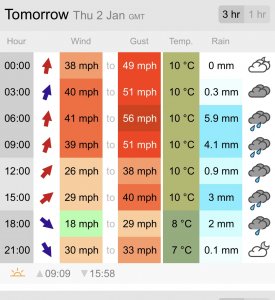