Hirta, St Kilda
The ***Snowy Owl*** and the Rose-coloured Starling were both seen there again today

Rushgarry, Berneray
A Sandwich Tern was seen there today

Orosay, South Uist
A 2CY Glaucous Gull was seen there feasting on a dead cetacean this afternoon

We were out Storm Petrel ringing in South Uist until the early hours of this morning, a steady flow of birds with 79 individuals ringed plus 1 Leach's Petrel. 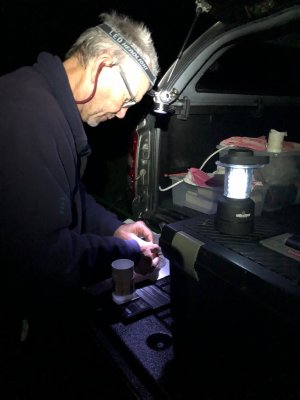 Ringing in the dark from the back of the vehicle. 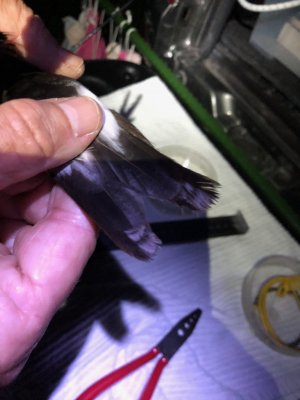 The Leach's was obvious with it's much larger size and a forked tail. 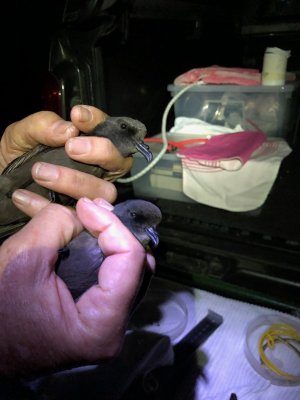