Butt of Lewis
Two lapland Buntings were to the west of the lighthouse. A Lesser Whitethroat, Willow and Chiffchaff were at nearby Ness

Paiblesgarry, North Uist
A juvenile **Lesser Yellowlegs** was there this afternoon, for the exact location, click here. This is only the second record for North Uist

Log Gorm, Baleshare
The juvenile *American Golden Plover* was seen there again this afternoon. The Pectoral Sandpiper was also present. A single ***Blue-winged Teal*** was nearby on Loch Mor and 6 Lapland Buntings were also seen on the island

The Range, South Uist
A Ruff was seen on the pools behind Launch Area 2

Large numbers of Pink-footed Geese have been reported flying over the islands from the Butt of Lewis where they were seen heading for the Minch, 50+ at Tiumpan Head, and from North and South Uist with 1,000's heading largely to the south-east including 400+ at Baleshare, 200 at Carinish and 2,000 just off-shore from Balranald this evening 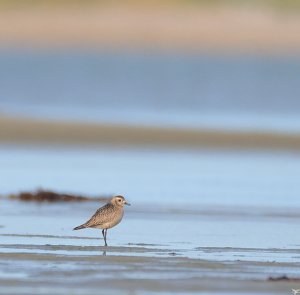 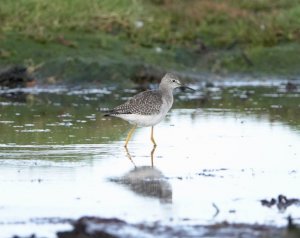 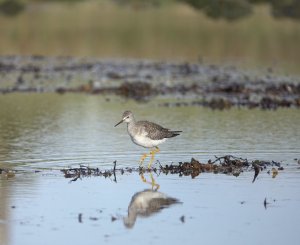 Pink-feet on the move today with twelve skiens over Askernish moving south or south-east betweeen 13:00 and 15:30 involving circa 1000 birds. A Ruff was on the machair this morning. 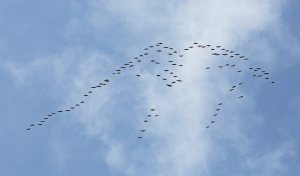 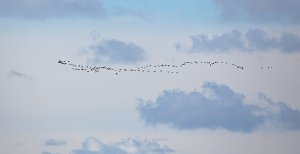 Barra.
A Treecreeper at Creachan today was our first for about 18 months. 1 Pied Flycatcher remained on the island plus 2 Grey Wagtails. Of the 20 Pale-bellied Brents at Traigh Mhor, only 1 was a juvenile. 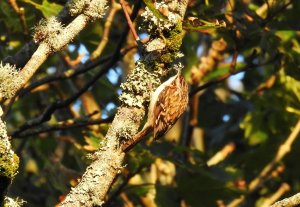