Loch na Tiumpan, Isle of Lewis
31 Whooper Swans were on the loch this morning, a high count for this area. There was also a single Slavonian Grebe, A further 6 Whooper Swans and a Mute Swan were nearby at Loch na Duin

Borisdale, Isle of Harris
2 Wheatears were there today

Malaclete, North Uist
350 Redwings were there this morning

Smercliet, South Uist
35 Whooper Swans were on the loch this afternoon

Loch Euphort, North Uist
Flocks of 70 and 155 Redwing were seen along the road

There was very little moving in a one hour seawatch (09.45-10.45 hours) at Aird an Runair, North Uist. Highlights were flocks of ca.60 and 15 Oystercatchers flying N, eight Black-tailed Godwits came over the headland and headed out W and a single Great Skua flew N. Near the end of the watch 12 Pale-bellied Brent Geese came from the N and settled on the water on the S side of the headland. A 2CY Glaucous Gull was on the beach. 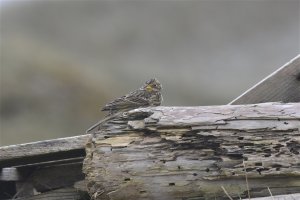 At Loch nam Feithean and area there were 42 Whooper Swans, 228 Greenland White-fronted Geese and a pair of Pintail. When I viewed the loch from the cemetery an addditional nine White-fronts were close enough to see that six had been marked. A fantastic quick response from Tony Fox gives history of these:

The list of resightings of all marked Greenland White-fronted Geese seen away from Wexford I am attaching including your observations, but you deserve a bit more information! CHH and CHS (first winter males) and CHL (first winter female) seem to be the offspring of CHN (adult male) and one of the birds bearing telemetry collars. They were all cannon-netted at Wexford in SE Ireland on 14 February 2019 by Alyn Walsh (with whom I copy this for information). Four telemetry collars were attached that day to adult females in the catch but I can only access one of those, which has a grey collar with the code AX (although these are difficult to read in the field sometimes). It set off from Wexford heading NNE around 13:30 on 26th March, but seemed to be increasing blown off course, making heavy weather before reaching a point just north of Perth in Central Scotland around midnight that night. Its changed direction flying in a more westerly direction, following the south coast of Mull next morning around 09:30, landing and flying around Iona before finally settling to feed at Potty Croft in SW Mull on the in-bye there, and roosting that night on Loch an Dreaghain just to the east of the farm. This area is close to Loch Poit na h-I which is the roost of the Fidden flock of White-fronted Geese on Mull, which also use Potty Farm. It set of around 05:10 next morning passing near Lunga to arrive on Benbecula round 09:30 where it has been ever since, explaining your observation. Another adult female AY has given the same track as far as the Perth turning point, but in the data file there is no further information, yet on a map of the tracks it also shows her on Benbecula now, so perhaps this was the other telemetry bird. 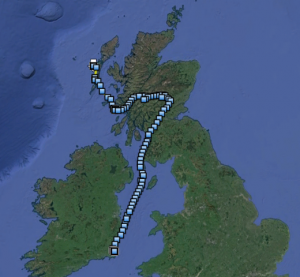 At Carinish, North Uist in the afternoon there were at least 250 Redwings.
Last edited: Mar 29, 2019

Lots of movement again today with 427 Whooper Swans grounded on two lochs at Frobost. 48 Greenland White-fronted Geese flew north with 9 Greylag Geese in amongst them and 2 Barnacle Geese [possibly the same 2 seen flying south earlier at Ardvule] were seen off shore heading North. Circa 90 Redwings dropped into Askernish around 12:30 just as the mist/drizzle set in and then I counted some 118 birds including 14 Song Thrush passing through the garden in the following hour. As the drizzle cleared at around 14:00, I estimated there to be be circa 500 Redwing in 2 well wooded gardens in the township and the air was filled with many singing 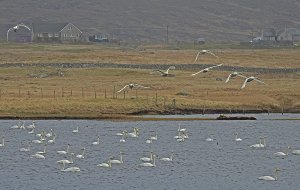 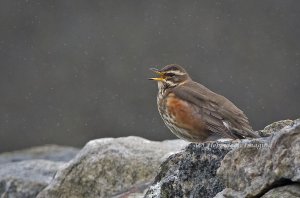 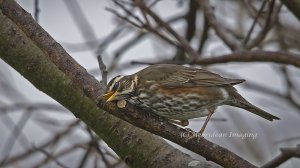