Managed to brave the weather again and added a few more species to the year list. Small passerines were once more keeping their heads down but managed to see both Greenfinch and Chaffinch in the garden.

There were good numbers of waders at Peninerine with c100 Purple Sandpipers and c250 Sanderling, c65 Turnstone and 18 Redshank. Offshore there were at least 52 Long-tailed Duck.

At Stoneybridge there were 3 Common Scoter offshore and a couple of Great Northern Divers.

Hundreds of gulls, a mix of Common Gulls and Herring Gulls, were on the Ormiclate machair. Despite scanning through them carefully there was nothing different to be found.

3 Goldeneye were on West Loch Ollay. 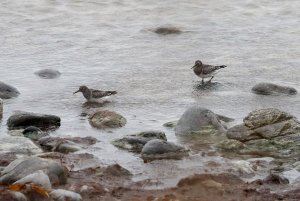 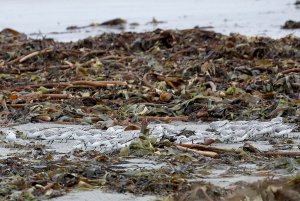