Bragar, Isle of Lewis
A 1CY **Woodchat Shrike** was seen there today on the cemetary wall

Carinish, North Uist
A Long-eared Owl was in Carinish which could be a possible migrant. 500 Barnacle were also seen seen flying south

Baleshare, North Uist
Four ***Blue-winged Teal*** were seen on Loch Mor today. A Yellow-browed Warbler was nearby at Lag Gorm seen at the last house and 353 Barnacle Geese were resting there

Langass Lodge, North Uist
A Yellow-browed Warbler, 26 Redwing, a Chiffchaff, Blackcap Goldcrest and Brambling were there this morning. 56 Barnacle Geese were also seen.

Clachan a Luib, North Uist
A Yellow-browed Warbler, Goldcrest and a Fieldfare were seen there today

Druidibeg Plantation, South Uist
Two Yellow-browed Warblers and a Brambling were there this afternoon

South Glendale, South Uist
Four Bramblings were in in a garden there .

Ardmhor Plantation, Barra
At leat seven Yellow-browed Warblers were seen in a single tree this afternnon
Last edited by a moderator: Oct 3, 2020

At last, a Yellow-browed Warbler in a garden in Askernish! A female Scaup was on Keepers Loch and 5 Pink-feet were again in amongst the Greylags by the golf clubhouse, looking settled as if they may stay a while. 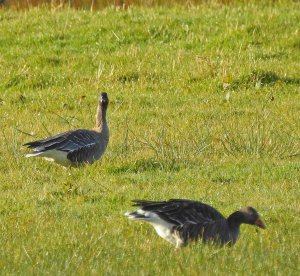 Barra.
A minimum of 35 Yellow-browed Warblers on the island today, most seemed to arrive in the afternoon. Also a Coal Tit at Castlebay along with the Treecreeper still, a Ring Ouzel at Glen and Pied Flycatcher at Nasg. There was an increase in numbers of Redwing, Blackbird, Chaffinch and Dunnock, whilst our first Whooper Swans of the season appeared and several flocks of Barnacle Geese flew south-east. 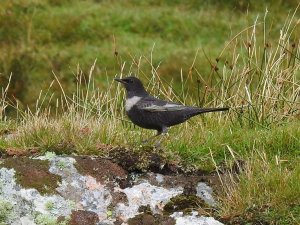 Bruce said:
Barra.
A minimum of 35 Yellow-browed Warblers on the island today, most seemed to arrive in the afternoon.
Click to expand...

Barnacle Geese – 140 in 11 small flocks came in from N at The Butt and headed SE
Pinkfooted Geese – 95 in 4 small flocks in from NW during the day and headed SE
Whooper Swans – 20 on Loch Stiapavat in the afternoon took off & headed off SE at (17.00); 3 arrived from N on to the loch (17.20)
Northern Wheatear – 3 Butt - Port of Ness
Redwing – 7 in South Dell (am) and 2 in off the sea at The Butt (pm)
Brambling – 5 in South Dell
Blackcap – male there
Siskin – one there
Lesser Whitethroat – one still in Port of Ness
Common Swift – one at high speed passed W-E over the Butt lighthouse (15.40)
Tree Pipit – one in thick grass by the gate west of the Butt lighthouse
Yellow-browed Warbler – still 5 in the area
You must log in or register to reply here.
Share:
Facebook Twitter Reddit Pinterest Tumblr WhatsApp Email Share Link
Menu
Log in
Register
Install the app
Top