Butt of Lewis, Ness, Isle of Lewis
100s of Pink-footed Geese were seen heading north early this morning. There were still 1000s of Redwing in the area too.

Glen Meavaig, Isle of Harris
8 Wheatears and several Redwings were reported there.

The following information, thanks to Mike Bell

Traigh Iar, North Uist
Long-tailed tDuck 18, Sanderling 226, Purple Sandpiper 56, Turnstone 359, another 112 Turnstones were at Aird an Runair. An imm WTE came in from the north and landed with the cattle!

Berneray northwest beach & Kyles Pabbay
More Long-tailed Ducks. Total at least 560 with one flock of 430 at one stage. Also 1 ad WTE flew up the beach.

There was a big clear out of Redwings overnight on Barra with just a few stragglers remaining today. Yesterday evenings movement of Barnacle Geese continued long after dark with noisy flocks still heading north over my house at 11pm. This morning a flock of about 90 Pink-footed Geese flew north over the island. There was an increase in Chiffchaffs today and the Great Tit was still staking it's claim at Creachan community woodland. 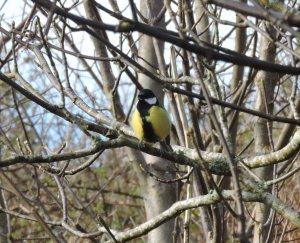 The ♂ Green-winged Teal was still present on the W side of Loch Sandary, North Uist in the late afternoon and two Black-tailed Godwits were also present. 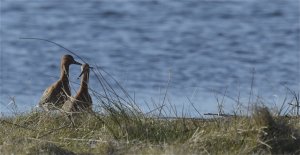