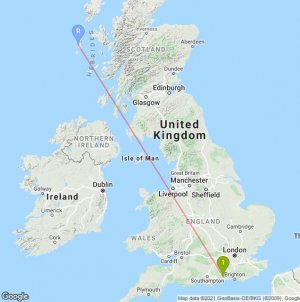 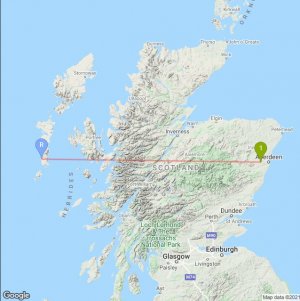 A colour-ringed Black-tailed Godwit, seen on Bornish Machair on 5 occasions between 18 - 26-September this year had previously been ringed in Iceland on 18-July-2021 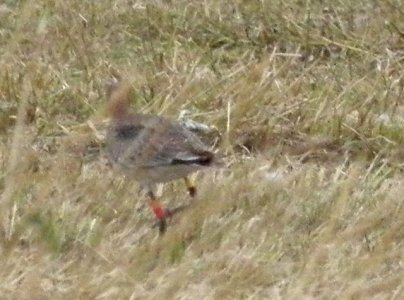 A ringed Herring Gull seen in Stornoway harbour recently whose ring number was found from a series a photographs taken over a couple of days was truly a local bird. It was ringed as a nestling not quite 5 km away on 24-June-2005, 6,017 days previously. 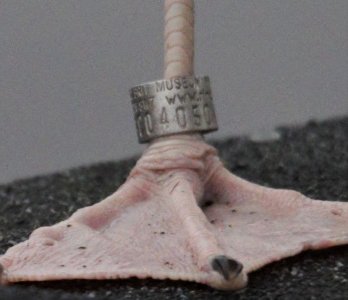 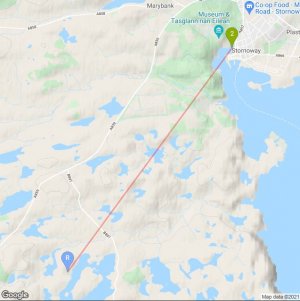 A windy and cold weather spell brought 7 Chaffinch (3 males, 4 females) in the garden on the same day in December, a scace visitor to Askernish. Of the 3 males, 2 had been ringed elsewhere at opposite points of the compass. The first had been ringed in Uigen, Lewis on 31-July-2019 (Duration 865 days distance 117km), the second at Buaile nam Bodach, Barra on 16-October-2021 (Duration 58 days Distance 25km). 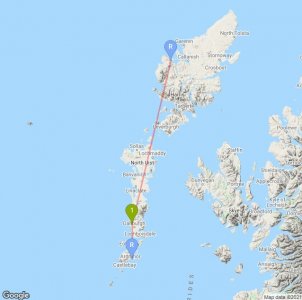 News of another 4 birds ringed here at Askernish and controlled (caught and released) on Barra continues the show interchange between the two islands, but the reverse of the Chaffinch above. 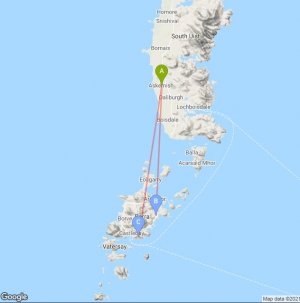 A colour ringed Little Egret, seen several times at Eochar and Ardmore, South Uist throughout December had initially been ringed in the nest at Penrhyn Castle, Bangor, on 6th June this year. 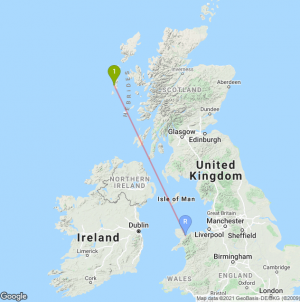 As part of our study of House Sparrows here in Askernish, colour ringed individuals are often recorded at differnt locations in the Uists and more recently on Barra. This year (2021) on South Uist, 3 birds were reported from a new site in Daliburgh (South - 4km), another 3 from Bornish (North - 5km), and 4 birds were seen at South Glendale (south 11km). One of the birds at South Glendale (O31) has been there since November 2017, arriving 3 months after fledging and is now our third oldest bird. There was one new site at South Lochboisdale (south – 7km) which many of our newly fledged birds favoured with reports of 22 individuals being present between August and October. One bird seen there later returned to Askernish.

There was only one report from North Uist, a bird (X52) was seen in a garden at Kyles Paible in September, a distance of 44km (north).

Two birds made the journey to Barra this year. T39, ringed here in the March was later seen at Cuidhir (22km) in the October. The other, a bird originally ringed at Brevig in February 2021 was caught here at Askernish (25km) in the February when a colour ring (T43) was added. This bird then made the return journey at some time, only to reappear in Brevig in the June! This is the second instance of a bird making a return journey to Barra. A more detailed summary of 2021 can be found here 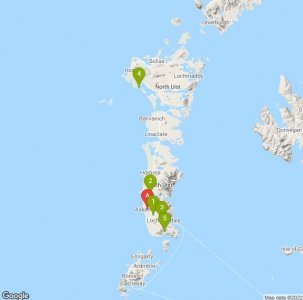 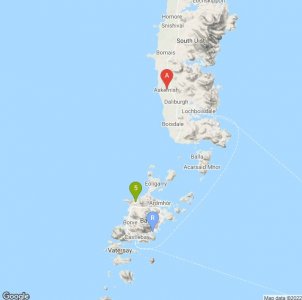