Butt of Lewis
22 Snow Buntings were at the north end of The Butt by cliffs to the west of the lighthouse at 10:10

The Range, South Uist
A single **White-rumped Sandpiper** was on the flooded area by Launch Area 2

Eoligarry, Barra
136 Barnacles and 15 Whoopers flew south by about 10:00. A flock of 130 Twite were on weedy pasture there, plus a flock of 40 Hooded Crows

Craigston, Barra
The 2CW Iceland Gull was again on the beach

North Uist.
Very much less (compared with John's watch above) passing S over the sea or headland at Aird an Runair, North Uist this morning but then seawatch only for one hour (10.10-11.10). Mostly sunny after heavy shower before 10. Species included: 76 Pink-footed Geese (a skein of 55 high up and well out and 21 over headland), 16 Barnacle Geese, a single Whooper Swan and Long-tailed Duck, six Red-throated Divers (another two shortly after the hour), a Great Northern Diver, two Razorbills (also 22 Guillemots/Razorbills), two Pied/White Wagtails, at least 50 Skylarks and five Starlings (with a party of 13 larks well out over the sea). Also a White-tailed Eagle came over, a Snow Bunting appeared to come in (later on the rocks) and three Otters were again off the beach. 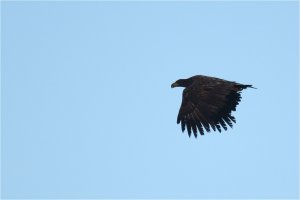 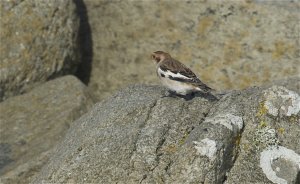 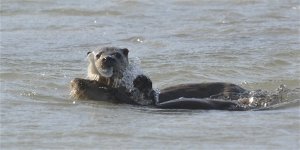 On Barra the Subalpine Warbler was still at Nasg. A Ring Ouzel was a surprise in my garden first thing this morning and another was seen briefly at Creachan. The Pied Flycatcher was still at Morghan, but Redwing numbers were much reduced from yesterday with numbers in the low hundreds. Barnacle Geese were on the move again with c210 flying south past Borve mid morning and a further hundred or so south-east past Eoligarry late morning. 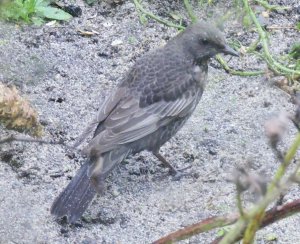 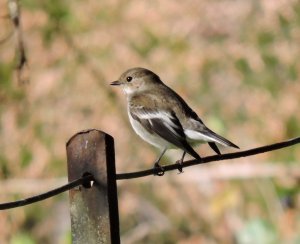 10 whoopers over the house this morning, 10 barnacle geese N at Balgarva.
drake pintail, 36 gadwall (highest count I can recall here) and 26 shoveler on Coot Loch.