Balgarva, South Uist
A male *Bearded Tit* was seen by the road junction this morning. A first for the Outer Hebrides

Tiumpan Head, Isle of Lewis
A Swift was seen there mid morning

The Minch
3 adult Long-tailed Skuas were seen from the Uig to Lochmaddy ferry this evening - the observer, Jack, also reported 2 Orca which were heading towards Skye!

Clachan, South Uist
The Little Egret was again at the north end of Loch Bee

Loch Druidibeg, South Uist
An Osprey was seen there today 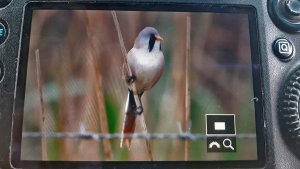 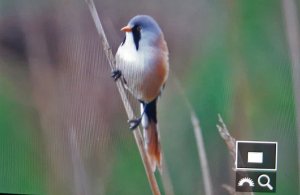 Bearded Tit (C) and courtesy of Chris Townsend
B

The weather conditions recently have not been suitable to bring any good numbers of skuas close inshore at Aird an Runair but today the wind turned into the NW so there was every chance of some passing. With the wind only F2-3 no large numbers were expected and totals for the day (observations mainly by Mark and Adele) were 23 Pomarine and 15 Long-tailed. Unusually one of the Long-tailed went back S and then headed inland.

The Purple Heron was still at Loch an Ali, Barra late this afternoon. The Garden Warbler was still at Castlebay and a Tree Pipit was again at Creachan. 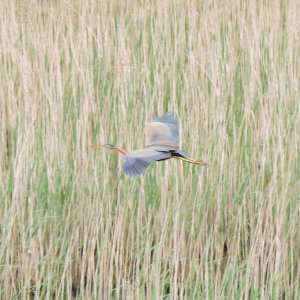