Butt of Lewis
35 Snow Buntings and a Fieldfare were present early afternoon and a Puffin was seen off-shore.

Carinish, Isle of North Uist
A single Chiffchaff was there.

Loch Bee, Isle of South Uist
*Green-winged Teal* an eclipse male was present late afternoon and a second individual (or hybrid) also there.

Craigston, Isle of Barra
A Surf Scoter was offshore

St. Kilda
The ***Snowy Owl*** showed up today to wish the St. Kilda rangers cheerio, no doubt the Soay Sheep Project folks will be keeping their eye on her over the winter 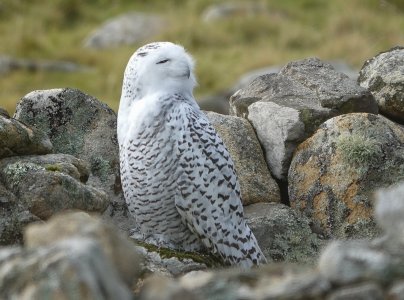 A juvenile Surf Scoter was new in off Craigston today and a Little Egret was still at Northbay. A Brambling, Blackcap and 2 Chiffchaffs were at Castlebay, a Brambling and Chiffchaff were at Eoligarry, 6 Pink-footed Geese and a juvenile Greenland White-front were at Allasdale. 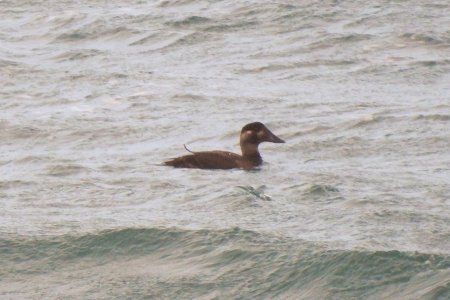