I'd mentioned in my Patchwork Challenge 2020 post last weekend about the amount of plastic debris washed up on the local beach so I was very glad to hear today that Stòras Uibhist (I think after a variety of people had suggested doing something about this) are organising and resourcing a beach clean up on Friday. The details, as far as I know today are as follows:-

The weather is not looking favourable at all for a beach clean-up over this weekend, however there is plenty appetite from people wanting to get some action taken asap so we are looking to co-ordinate the following;

- Meet at Askernish Golf Club at 10am Friday 24th January
- Split into 3 groups to cover Daliburgh, Askernish and Frobost beaches (these are the areas currently being reported as worst affected)
- We hope to have a tractor and driver to help take the bags back to Askernish for storage over the weekend for CnES to collect
- From this exercise we will be able to identify where skips might still be required for larger / heavier items
- We can also arrange for further clean ups where needed and as weather allows
- All volunteers take part at own risk
- All volunteers please wear suitable clothing, footwear and protective gloves and take buckets/wheelbarrows where possible although a limited supply of equipment can be provided.

We are aware that a number of beach clean ups are being planned throughout Uist following Storm Brendan.

Please be aware that there is the potential for both Marine Pyrotechnics and Ordnance to have washed ashore.

If you find something unusual, DIAL 999, AND ASK FOR THE COASTGUARD.
Hebridean Imaging

A wee update on the beach clean up yesterday.

It was great to see a really good turnout, including kids from Sgoil Dhalabroig - the generation to whom we have sadly bequeathed this awful mess 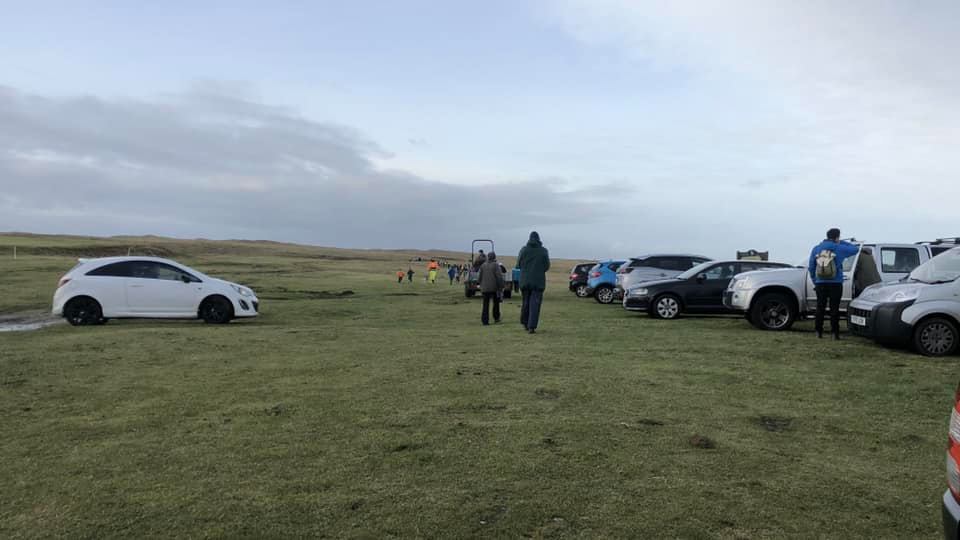 We split into groups, some headed to Daliburgh while these people, including the schoolkids are heading out to do Askernish / Frobost. 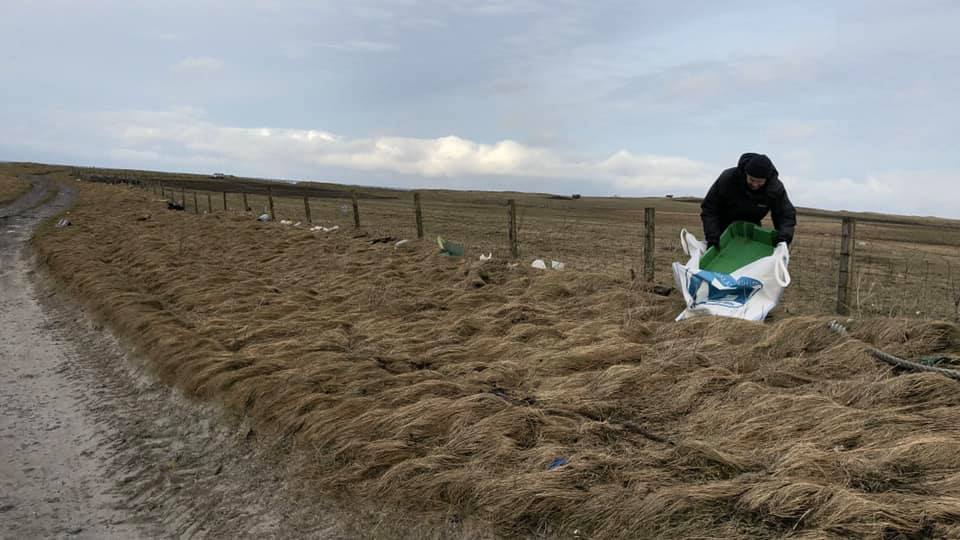 Six of us headed to Kildonan as we'd heard reports that it was really bad there. We started with the fenceline where a lot of rubbish had blown in and was trapped along the fence. 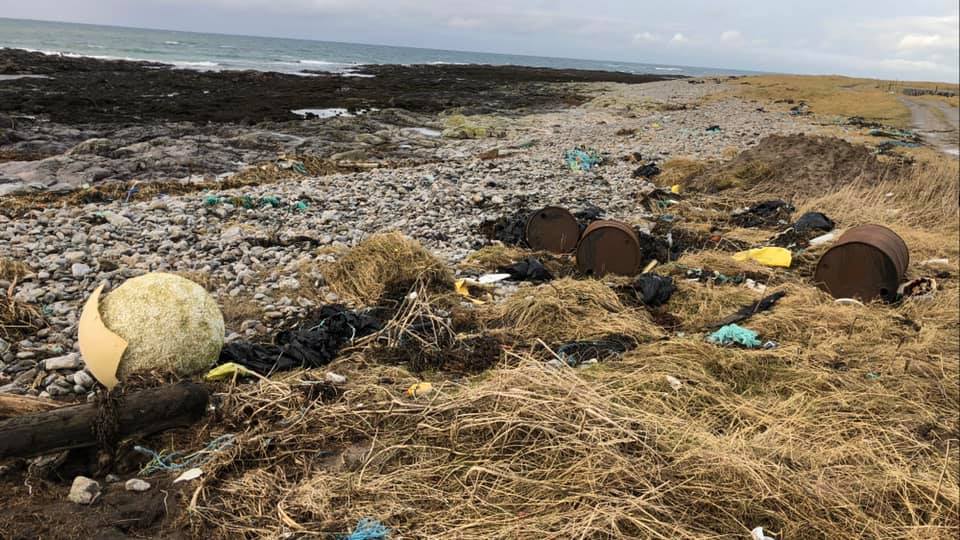 Before we made a start 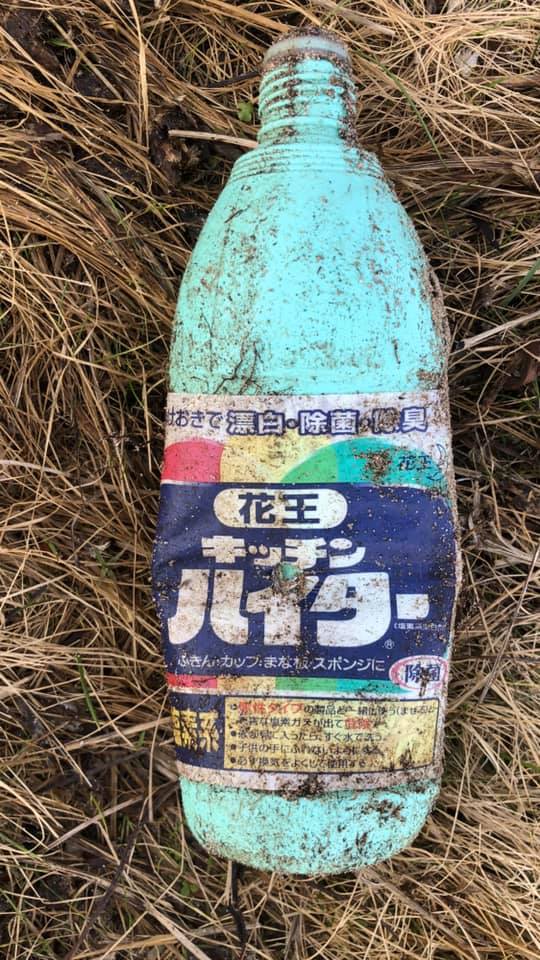 I don't know if this is Japanese writing and have no idea how it got here.
Hebridean Imaging 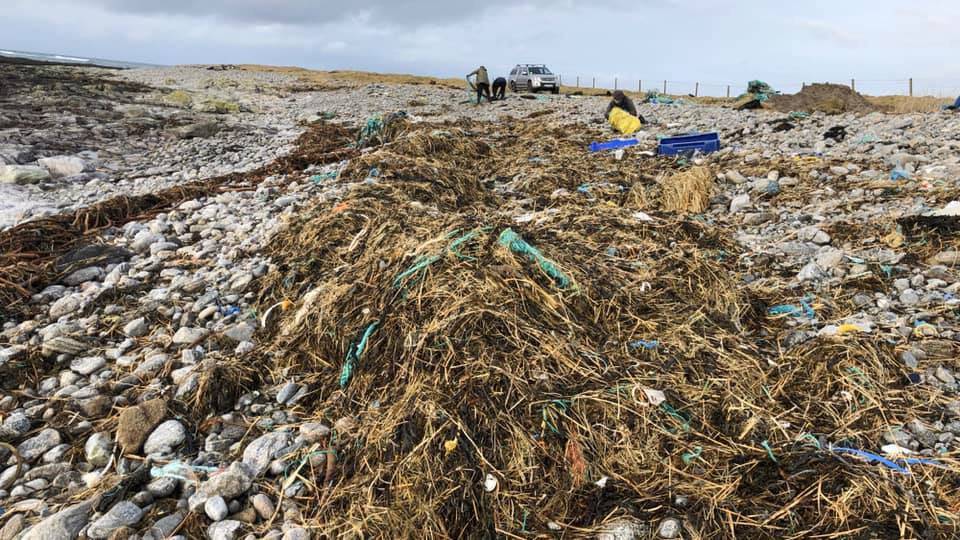 There was so much plastic, rope and net tangled in amongst the weed - there is no way we'll get it all. 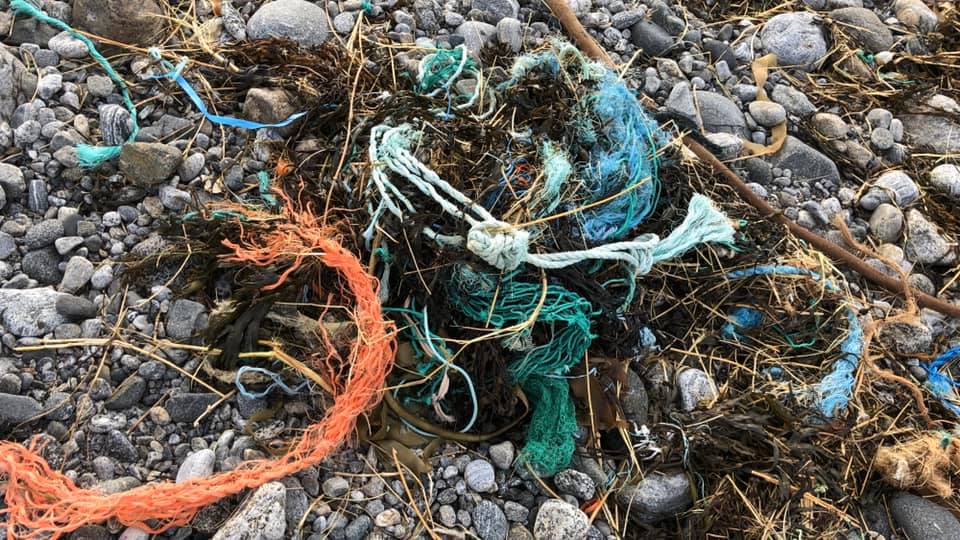 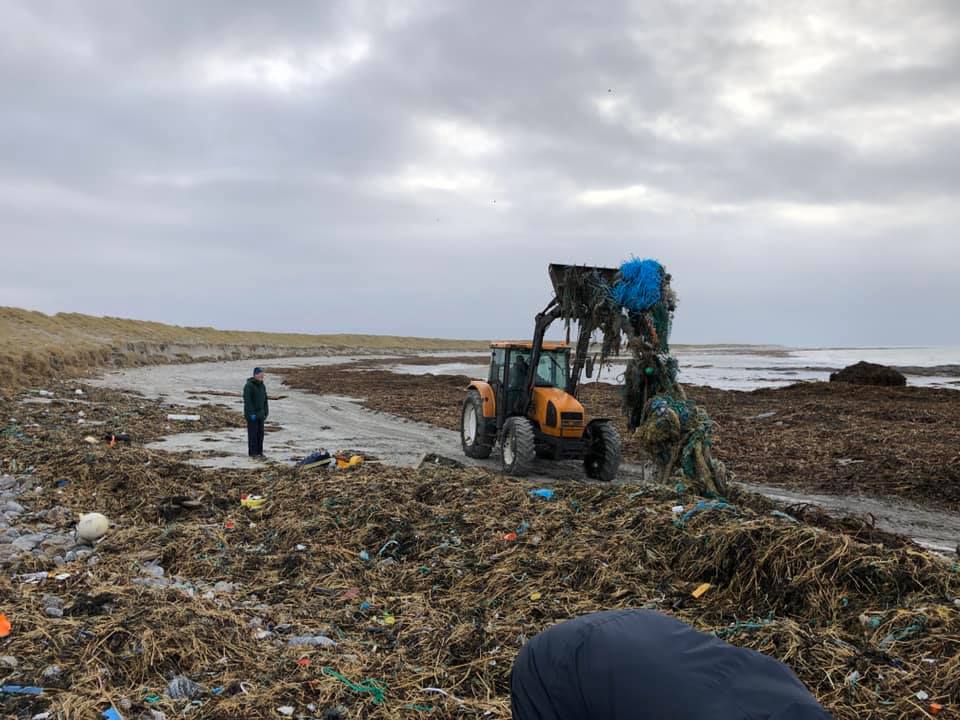 A helpful crofter and his tractor gave us a hand with a big mass of rope and netting that we couldn't move by hand. 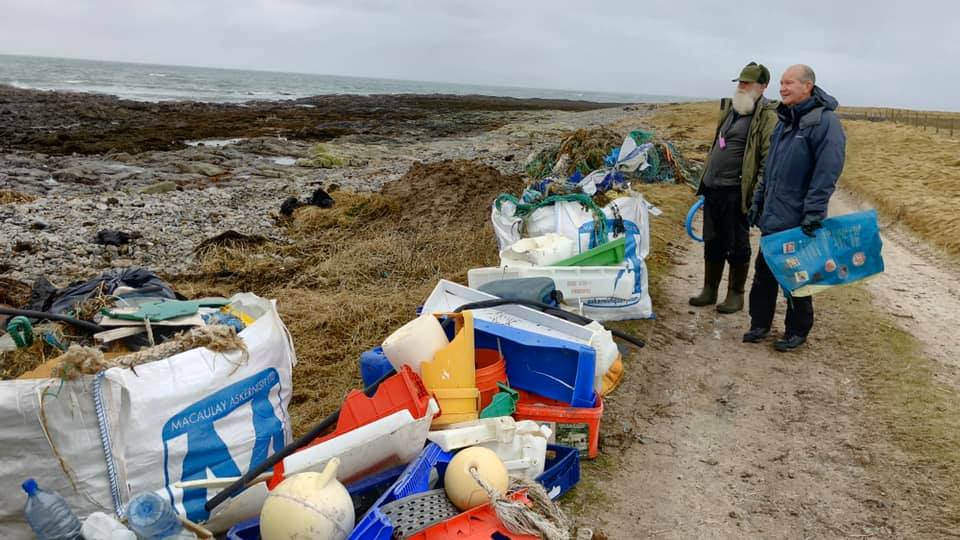 After 6 of us worked for 3 hours this is what we'd collected. Hopefully the estate will come good with their promise to collect all of this lot!
Hebridean Imaging

I think a lot of this plastic has washed out of the dunes that were destroyed by Storm Brendan - there are multiple places where there has been a few hundred metres of dune at least three metres wide has been washed away during the storm, releasing all the crap that was bured in there. In places you can see bits of plastic and rope in the layers of sand that remains. 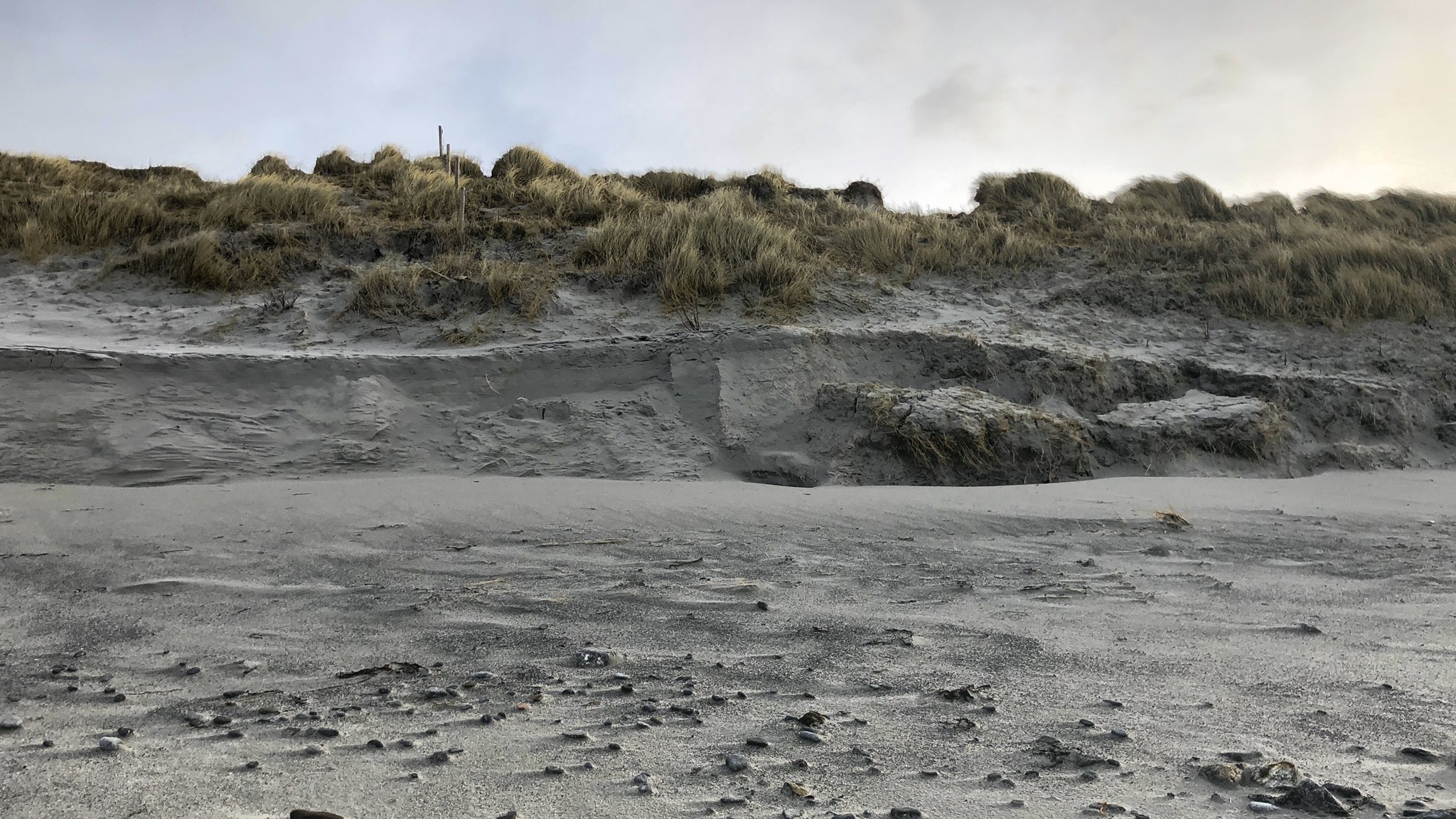 This area of erosion is between Askernish and Frobost 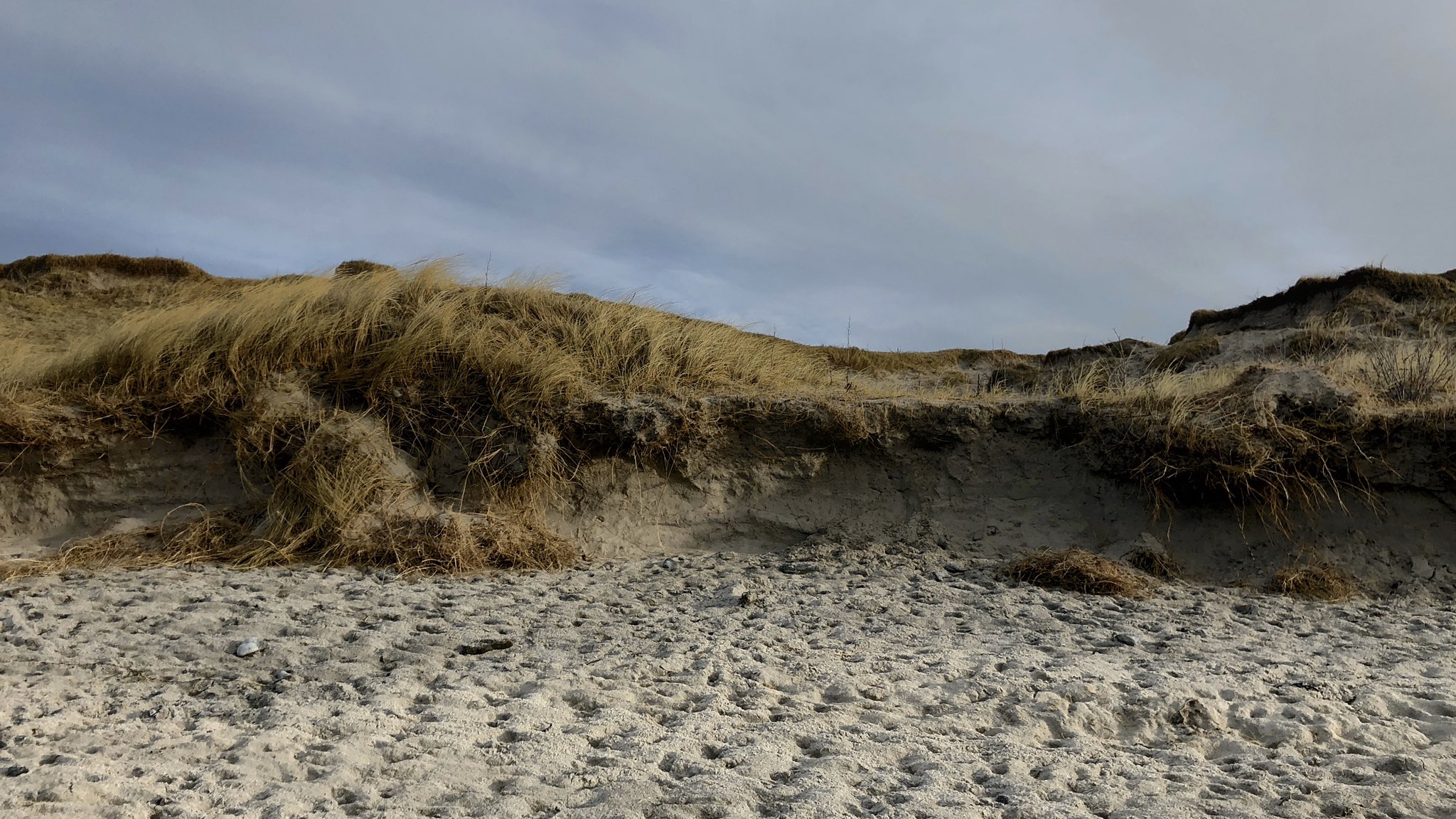 Also between Askernish and Frobost. It's worse nearer Kildonan.

Plastic and rope in the layers.

Not a good legacy to leave for my grandchildren...

https://news.sky.com/story/plastic-...ds-of-pieces-in-every-litre-of-water-11915953 - after yesterdays experience of finding literally hundreds of plastic bottles tops, shotgun cartridges, rope and netting i really don't understand why the scientists were surprised at finding so much plastic in Antarctica.
Hebridean Imaging