The Turnstone was a originally ringed on 7th May 2017 at Ardivachar, South Uist as a second year bird [hatched in 2016] and was controlled [trapped and released alive] 934 days later on 27-November-2019, at Gibene, Banc d'Arguin, Mauritania having travelled a distance of 4235 km.

The Gannet was found fresh dead after some stormy weather by @Bruce on Vatersay on 8-January-2019. This bird had been ringed as a nestling on Sule Stack, Orkney, on 18-July-2003, some 6018 days earlier! While this bird was almost 17 years old, this is the typical lifespan of Gannets once they reached adulthood, the longevity record being 37 years 4 months. 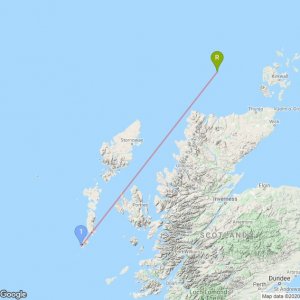 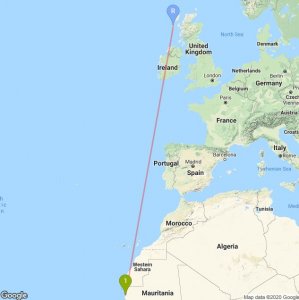